Daaaaa… it is my second week. It feels like I have been here for a month though! I’ve taken lots of pictures, but for some reason the USB drives on our computers do not let us upload them =( i’ll try harder. No worries. Our schedules have us in class for 6 hours, but really it is more like 12. All of our district’s time is devoted to language study. We were teaching this “investigator” named Alex who was from Argentina. We taught him about 4 lessons, eventually committed him to baptism, taught him the commandments and enduring to the end (Mind you that this is done by reading a notepad with the translated spanish on it, so we are still quite bad at the language, not good enough to just say it yet). The very last lesson we had with him, he took us into our classroom and told us his real name was Trent Park and that he was from Idaho. He served his mission in Argentina. He told us that although we mostly used notes to teach the lesson, we were one of the best districts he’d ever heard. He said our Spanish is very good for the first week, which surprises even me. I don’t feel like I have learned much. There is plenty to learn, I just can’t seem to get it down very well. They say that you should replace your vocabulary with spanish words you know even if you might not know how to say the entire sentence. I’ve been trying that. It helps, but I just hope I’ll be ready for Guatemala. Speaking of Guatemala, I leave for that MTC on the 19th!! I am then there for about 6 weeks. From what I hear, it sounds awesome! 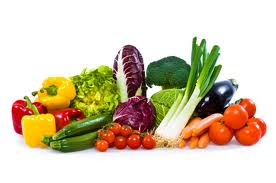 The language is tough, the hours are rough, the food is intense (even when eating your vegetables) but the work needs to be done. It might seem like I am having a miserable time here, but i’m not. I love my companions, everyone here is really nice, and I have learned so much! I have never seen the Spirit manifest itself in so many ways before, It really has been an amazing experience so far. I am so grateful for everyone’s encouragement as well. The letters, again, have been the best part of the week, so please keep em coming. I love you all so much. I hope to hear from you often.

This entry was posted in Mission and tagged MTC, Spanish, teaching. Bookmark the permalink.