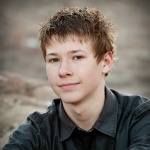 Well, I guess I should tell you guys what happened for the rest of my first day! And also this second one. There´s so much to say, too, but I guess I´m going to have to record this experience somehow.

We ate this weird soup for dinner (it was good though), with some bread, salad, and fried chicken. Quite suprising for a Spanish meal! Then, we all drove over to Ivan´s grandma´s apartment, and I met the rest of his extended family. Man, they were all so nice to me! I love his family! I especially love his uncle, this guy named Jesus. Ivan´s dad, Ivan, Jesus, and I drove over to a soccer stadium to watch a soccer game! Jesus went CRAZY hahaha, well alot of people did. Jesus is that kind of guy who hits you really hard on your shoulder to show that he likes you, and makes lots of jokes that usually you don´t understand why they´re funny. He called me ¨Justin Bieber¨. hahaha. Later, we ate ham, cheese, bread, and empanadas for dinner. What´s special about Spanish food is that they specifically don´t buy anything from supermarkets or, as they say, ¨anything in plastic¨. They´re all just… so perfect. Btw, the milk here is AMAZING. Anyway, that night, me, Ivan, and his 11 year old sister hung out in my room. We talked and played guitar and what not. Bonding time!

Today, I went to school! yay! Everyone took FOREVER to wake up. I woke up around 6:45, and was literally waiting for someone else to wake up downstairs. I ate hot chocolate and toast. School was totally fun now that I can see all my friends and what not. What´s interesting is that there are lots of rules in that school, you can´t chew gum or eat, can´t wear hats, etc but! Like every student is super rude to the teacher. When the teacher is talking or teaching or whatever everyone just keeps on talking. haha! In Ivan´s English class, some spainards were asking us Americans some questions about Spain, and some dude asked what our favorite part of Spain is. And Elijah… omg, Elijah. He just blurts out ´Los Mujeres!!¨which means ¨the women!!¨ but it was gramatically incorrect, soooo funny. I skipped Ivan´s last hour and hung out with some Americans in the student store. When we were there, there were these girl spainards who just sat there, ditching class I assumed. Then, the lady who operates the store went into the backroom for a sec, and one of the girls leaned over on the counter and stole some candy!! The lady came back out from the back and started yelling at her, and the spainard chick was talking back and arguing! I guess all spainards aren´t perfect. After school, we went back to Ivan´s and ate, then we met up with all the guys to walk to the Cathedrals and meet up with the rest of the group. Those Cathedrals are STUNNING. Theyre soooo old too. I took lots of pictures with some girls too, who are stunning as well, hehehe. Once the teachers left, the group just totally hung out in a quad and played hacki sack, then we all walked to this diner or coffee shop thing to hang out. Coolest thing ever! And it was really fun. Can’t wait for tomorrow!

This entry was posted in Spain Exchange. Bookmark the permalink.

1 Response to Call me Justin Bieber